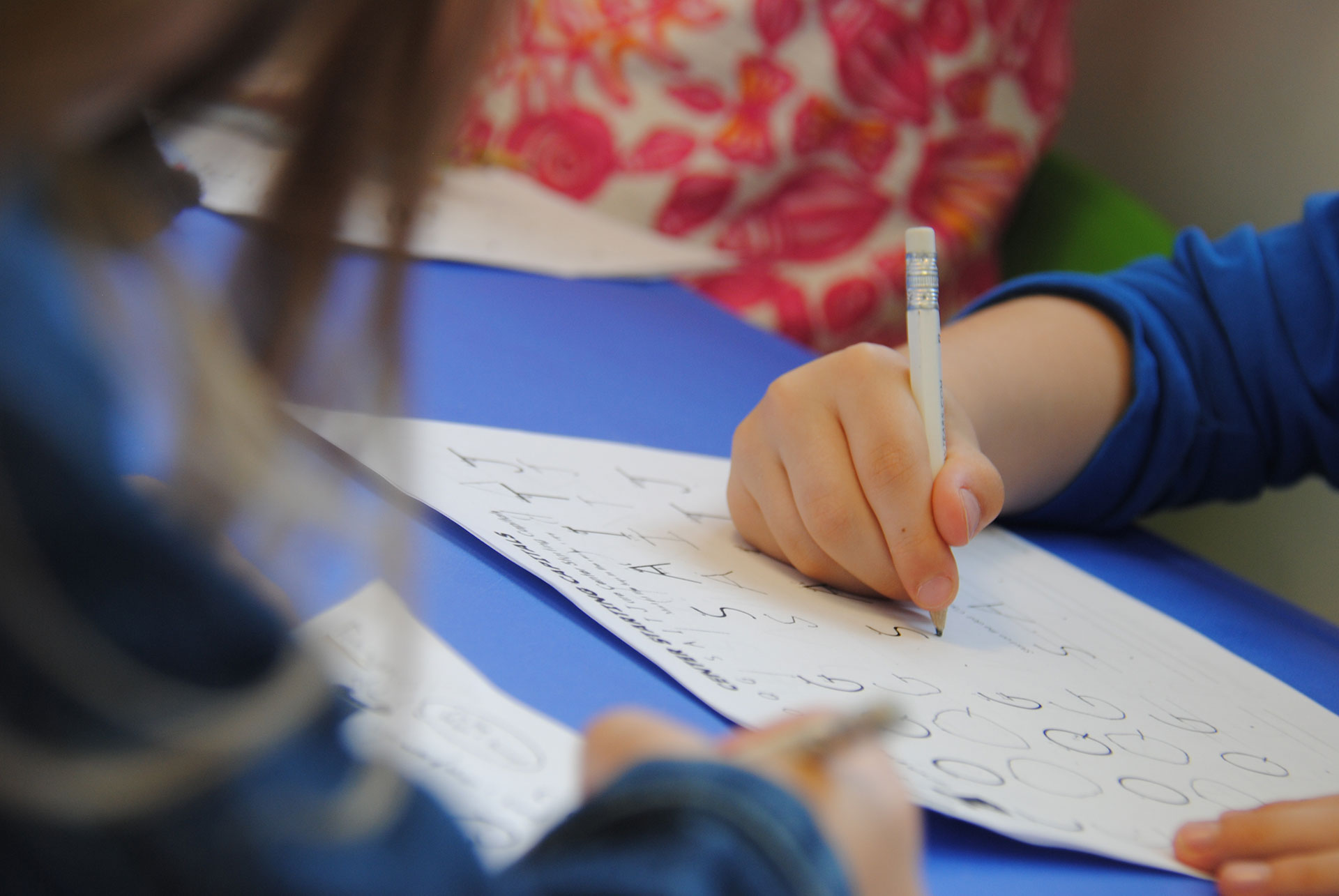 This camp highlights the importance of handwriting using the Handwriting Without Tears (HWT) protocol.  While completing the occupational therapy rotation of the camp, the children are led through this protocol, starting with the basics of letter formation.  Our campers ages vary anywhere from 5 to 10 years of age, so our therapists have ensured that all work provided is tailored to each child’s developmental needs.

The HWT protocol teaches children letter formation strategies using specific verbal instruction. For example, when forming straight line uppercase letters such as the letter “F,” the children are instructed to form this letter with the verbal cues: “Big line down, frog jump up, little line across, little line across.”  This sequence provides clear directives to the child, aiding in the ability to form letters legibly and consistently.  At camp, the HWT protocol further instructs the child by using a variety of formats, such as chalk boards and the Handwriting Without Tears iPad app following the “Wet, Dry, Try” format.

The “Wet, Dry, Try” tactic uses a multi-sensory approach to practice letter formation.  First, the given letter or number is written on the HWT chalk board starting at the starting corner indicated by a smiley face on the left-hand side.  The child then wets the letter with a small wet sponge using the proper formation and is then prompted to dry the area with a small towel using the same formation sequence.  The child is then prompted to recreate the letter with the chalk by themselves.  This repetition allows for reinforcement of the formation of all numbers, uppercase, and lowercase letters.

For the children who are already past the letter formation phase of handwriting, the OT rotation also focuses on sentence copying and independent sentence formation.  The therapist looks for proper line adherence on lined paper, spacing between words, sizing of letters, and any errors or reversals.  The child’s grasp on their writing utensil is also assessed and proper adaptations, such as grippers, are implemented when needed.

Let’s Write Camp is not limited to handwriting tasks throughout the campers’ day.  The camp is also supplemented by our wonderful physical therapists, speech therapists, and social workers.  The children play games focused on letters and sentence structure, as well as continued practice of social skills in the group setting.

We are so excited for another fun week of Let’s Write Camp.  Stay tuned for an update about our all new School Readiness Camp, starting August 24th!