Token economies are commonly used systems of reinforcement in Applied Behavior Analysis (ABA) sessions, school classrooms, and even some home settings (chore charts to earn screen time!). They may be colloquially known as star charts or token boards, but no matter what they are called, their main goal is always to provide reinforcement for desired behaviors. Token economies can also teach tolerance to delayed reinforcement and build on the duration and amount of occurrences that a child is able to engage in a particular behavior before accessing a reinforcer.

In a token economy, each token represents a generalized conditioned reinforcer (GCR). This means that the tokens themselves aren’t reinforcing, but instead have been paired with access to reinforcers later on. A commonly known GCR in society is money- the physical money itself isn’t inherently reinforcing, but it provides us with access to other items that may be! During ABA sessions, this idea may be used to teach a child that they need to earn 6 stars during work time in order to gain access to a preferred video. Engaging in target behaviors during work time will earn them the individual stars, and once they earn all 6 they can gain access to the video!

When implementing a token economy, there are always three necessary steps to ensure effectiveness:

1) What behaviors are you rewarding? This will depend on the ability of the child. For early learners, it may be appropriate to reinforce behaviors surrounding compliance (i.e., scanning the stimuli, remaining seated at the table, following one-step directions). On the other hand, with more advanced learners, it could be more appropriate to reinforce behaviors that are tied more to their therapeutic and academic programming.

2) How often are you providing tokens/ how many tokens do they need to earn? How often you provide tokens directly impacts the likelihood of the child engaging in the target behavior again in the future. For example, for early learners first learning to work in a DTT setting, tokens may be provided on a 1:1 basis to better establish the contingency between tokens and later access to the reinforcer. If you provide tokens too sparingly (on too thin of a ratio), the child may lose motivation to engage in the behaviors you were previously reinforcing. Similarly, the goal of earning 20 vs. 6 tokens directly influences motivation to continuously engage in the target behaviors. If they can’t see the light at the end of the tunnel, then it may not be worth working for!

3) Is the object or activity that the child is working for really reinforcing? If the child is working for an item that they aren’t entirely motivated by, using a token economy can become irrelevant. The point of administering tokens is to get a child closer and closer to gaining access to something they really want! The tokens themselves aren’t inherently reinforcing, and if the motivation to get the final reinforcer isn’t there, the likelihood of a child engaging in the behaviors that accesses tokens decreases. 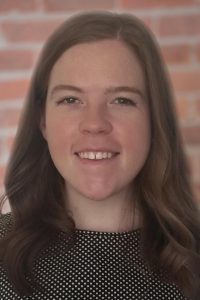 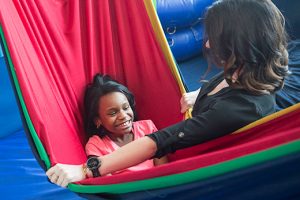 What To Expect During Medical Diagnostic Testing